Photo by Akhmad Fauzi on Wikimedia Commons (CC BY 3.0)

The dynamics of political contestation within Nahdlatul Ulama’s 34th Muktamar

In December 2021 Nahdlatul Ulama (NU) was central to social and political discourse in Indonesia due to the debate surrounding its muktamar (congress). The debate ranged from whether to accelerate or postpone the muktamar following government restrictions on activities as part of tackling COVID-19, through to the government’s backing of President Joko Widodo’s favoured candidate. Jokowi’s intimacy with candidate Yahya Cholil Staquf (Gus Yahya), and Yahya’s sibling’s position as minister of religious affairs were seen as partisan. The differences in addressing the issues created sharp divides among political factions and reflected the dynamics of political contestation.

As the muktamar attracted public attention and has wider implications on Indonesian politics, three main questions capture the dynamics of NU’s political contestation: How does history shapes NU’s organizational character and dynamic of its internal political contestation? What were the major factions in the contestation and how were they formed? How did each faction draw, conserve, and exercise their strength over others?

NU’s leadership is deeply rooted in the cultural network of pesantren and kyais, mostly across Java. These social bases formed long before the establishment of its formal organisation.  The structure of the NU’s organization was simply a formalisation of that cultural network and hierarchy. However, as NU’s ulama, or charismatic leaders, are rooted in the pesantren and spend almost all their time there, the NU’s founding fathers established a body to extend the ulama’s reach and manage the NU’s organisational routine in Jakarta. Therefore, there are two main chambers in NU’s organisational structures: syuriyah (supreme council) and tanfidziah (executive council). The former consists of hierarchical charismatic kyais or leaders who make strategic and principle decisions while the later those assigned to execute the decisions made by syuriyah.

The original structure changed significantly after the NU became an independent party, following its disassociation from Masyumi Party in 1952. Since then, as a political party the organisation required much greater role for the tanfidziah as executive body. Although the respective roles of these two chambers were restored as a result of NU’s return to their original mission (Kembali ke Khittah 1926) and its disassociation from PPP in 1984, the greater role for tandfiziyah has lasted for more than three decades. Since the role of syuriyah has been partially restored, both tandfiziyah and, to a lesser extent, syuriyah have become equally important and top positions in both chambers are highly contested in every muktamar. Therefore, it is important to consider how the contestation for the top position in syuriyah, Rais Aam (President General), became part of the political game, and how it affects the broader political dynamics of the muktamar.

The 34th Muktamar of NU in Lampung reflected that pattern. A hard-fought contestation took place in the Syuriyah chamber as well. Miftachul Akhyar (Kyai Miftach) as acting Rais ‘Aam seemed to seek a permanent position, was deeply involved in the dispute over the date of the muktamar. In his close alliance with Gus Yahya, who sought the position of chair of the tanfidziyah, he made a tactical manoeuvre to control the political game. When the dispute between the political factions over whether to accelerate or postpone the schedule of the muktamar became heated,  acting Rais ‘Aam Kyai Miftach tried to use his exclusive privilege to veto determining the schedule. With Gus Yahya, he had an interest in bringing forward the schedule, while Said Aqil Siraj (Kyai Said) sought postponement until the end of January 2022, due to his ill-prepared situation for the contestation.

In chamber of tanfidziah, before narrowing down to Kyai Said and Gus Yahya, several names were predicted to compete for the position of chair, including Marzuqi Mustamar (Kyai Mustamar), and As’ad Ali (Kyai As’ad).

Kyai Said was the incumbent who had served two terms and sought a third term. In a fierce battle against Gus Yahya, Kyai Said only secured 210 votes while the remaining 337 favoured Gus Yahya in the final round. There were several possible factors for his defeat. One was that his decade-long leadership was not considered to align with the spirit of Khittah 1926. Kyai Said was considered to have made blatant political manoeuvres and returned the NU closer to practical politics. Another factor was a lack of breakthroughs during his leadership.

Gus Yahya was the strongest challenger to the incumbent. His last position in NU’s central board was as Khatib Aam (General Secretary of Syuriyah), and he was formerly a politician in the National Awakening Party (Partai Kebangkitan Bangsa, PKB). He reached the peak of his political career as spokesperson for President Gus Dur. He decided to quit politics after his father died in 2004 and assumed a position as a deputy general secretary (Khatib of Syuriyah) of NU’s central board after the NU’s 32nd Muktamar in Makassar in 2010. He was then promoted to Khatib Aam. He follows Gus Dur’s path in promoting and strengthening the NU’s role in the international arena, particularly in Western World, including with a controversial visit to Israel in 2018.

Gus Yahya’s victory was grounded in his symbiotic mutualism with Kyai Miftach. This alliance succeeded in securing their common interests. Gus Yahya’s position as Katib Aam and his alliance with Kyai Miftach provided an opportunity to seize the chamber of Syuriyah and use it for political bargaining on every decision made about the muktamar. Moreover, they come from Central Java and East Java respectively, two larges bases for Nahdlatul Ulama. This alliance succeeded in securing the support of these two bases for their respective candidacies.

This alliance also had implications for the diminishment of Kyai Mustamar’s candidacy. Like Kyai Miftach, Kyai Mustamar comes from East Java. On East Java’s NU Provincial board, Kyai Miftach was mustasyar and Rais Aam while Kyai Mustamar is currently chair of the Administrative Council (Tandfiziyah). As a former local Rais Aam Kyai Miftach has greater support from East Java’s NU base, ruling out Kyai Mustamar’s strong candidacy. He is widely known as an outspoken advocate of NU’s traditional practices such as tahlilan and pilgrimage to graves, which is regarded as heresy by Salafists and Islamic modernists. His counters to these criticisms are strengthened by his education in a Wahhabist institution sponsored by Saudi Arabia and the Islamic and Arabic College (Lembaga Ilmu Pengetahuan Islam dan Bahasa Arab, LIPIA) Jakarta

Gus Yahya’s political strength also rested on his little brother, Yaqut Cholil Qoumas (Gus Yaqut), who has command of the Ansor Youth Movement (Gerakan Pemuda Ansor, GP Ansor) and the Ministry of Religious Affairs. GP Ansor is affiliated with the NU and in charge of the NU’s semi-military organization, the Multipurpose Ansor Front (Barisan Ansor Serbaguna, Banser). Most of GP Ansor’s functionaries are also functionaries on the NU’s multilevel board. Gus Yahya also received support from former GP Ansor’s chairs like Saifullah Yusuf and Nusron Wahid. The Ministry of Religious Affairs is widely thought to be dominated by the NU. Gus Yaqut controversially stated that the role of Minister of Religious Affairs should be given to the NU. The NU’s multilevel board is also dominated by high and low ranking officials of that ministry. As chairman of GP Ansor, Gus Yaqut appeared to exercise his power to mobilise these two institutional bases to support Gus Yahya’s candidacy. Gus Yaqut’s influence on the Ministry has concerned Gus Yahya’s rivals, who tried to mitigate this by publicly protesting Gus Yaqut’s favouring of Gus Yahya.

After such a dramatic political battle, the face of NU, at least in next five years, will mostly rest on Gus Yahya’s leadership. He is committed to strengthening and expanding the role of the NU on a global scale to perpetuate a world order based on peace and freedom, as has he done before. Moreover, antithetical to his political rival Kyai Said, Gus Yahya’s leadership will reinstate the Khittah 1926, which will keep NU away from practical politics. The main challenge for Gus Yahya in meeting these commitments is NU’s lack of independent financial resources. NU’s dependence on political influence will make it difficult for the organisation to maintain its neutrality and critique social and political problems, particularly with respect to government policies and short-term political interests. 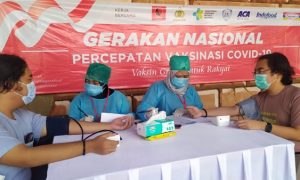 These events are heavily political in the distinctively clientelistic sense that dominates in Indonesia. 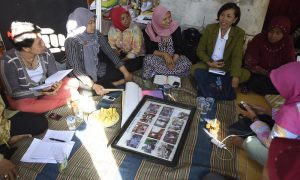 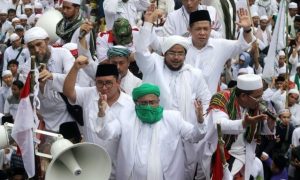 The Costs of Repressing Islamists

The banning of FPI or any other “anti-Pancasila” group is not a shortcut to ending deep-seated discrimination against minorities.