In Malaysia, the ‘deep state’ is a shorthand for the perceived institutional inertia exerted by the 1.6 million strong civil service (see here, here and here) to undermine the newly elected Pakatan Harapan (PH) government, which was elected under the promises of weeding out state corruption, revamping the previous regime’s race-based policies, and improving civil service accountability and efficiency.

When juxtaposed against discussions of the deep state in the United States (US), it is interesting to see how the same concept can take on utterly divergent meanings. From a Democratic Party supporter’s point of view, the ‘deep state’ symbolises institutional integrity, in which bureaucrats and civil servants took measures to resist, moderate, and even compromise the actions of a capricious Presidency in the name of safeguarding constitutional provisions and national interest.

In other words, while in both cases ‘deep state’ theories depict a scenario where an elected executive is pitted against unelected bureaucrats and civil servants, the propriety of the enterprise-if such an enterprise exists at all-is very much in the eyes of the beholder. Given the highly polarised environment in Malaysia (and the United States), it is unsurprising that the rhetorical device finds its purchase. The moral ambiguity surrounding the term suggests it has a political, instead of scholarly, genesis.

The Deep State as Conspiratorial and Ideological

In places such as Pakistan, Thailand, or Turkey (where the battling of one ‘deep state’ is said to have instituted another), the term ‘deep state’ is often used to signify a parallel state consisted of a politically influential military elite. This is not the case for Malaysia or the US, given their tradition of having effective civilian control over the security forces.

This makes the search for a fixed definition for the ‘deep state’ elusive. Nevertheless, I argue there are two dimensions in its current rhetorical employment: the conspiratorial and the ideological.

Its conspiring side involves collective, tactical, and coordinated efforts by the civil service to undermine the government. Its ideological side means such efforts are geared towards specific goals, such as the protection of ethnoreligious hegemony, special interests, or cultural normative positions. The two sides work in tandem in that the conspiracy connects ‘deep state’ actors, while the ideology guides their strategy and actions.

Granted, this definition does not confirm the existence of a ‘deep state’, but rather how conspiracy and ideology are salient features in the conceptualisations of political actors. For example that is certainly the image of the deep state’ President Trump evoked.

Yet, transpired events in the form of media leaks, paperwork removal, information “slow-walking”, and resignations calls to mind, instead, the “foot dragging, dissimulation, desertion, false compliance, pilfering, feigned ignorance” described by James Scott in his seminal study of everyday forms of resistance in Malaysia instead of serving as proof of grand conspiracy.

In Malaysia, it is entirely legible that similar forms of resistance are present, and reasons for it can range from personal misgivings to institutional culture, the latter a barrier for any civil service reform. Nevertheless, the imagined conspiring cabal remains to be found.

Besides, to think about the ‘deep state’ meaningfully, the parameters of it must be defined first. Where does it begin and where it ends? When is it just the state and not the ‘deep state’?

In the case of Malaysia, the federated state structure (which is also found in the US) makes this a challenging venture, given the multi-tiered separation of powers between federal, state, and local governments. Malaysia’s hyper-centralised federalism does allow for centralisation of power and resources in Putrajaya at the expense of subnational governments. But considerable constitutional autonomy is still afforded to subnational polities, such as those associated with the administration of Islamic affairs. This signals that, for some issues, it can be federal-state tensions at play instead of the ‘deep state’ lunging forward to stymie the federal executive. 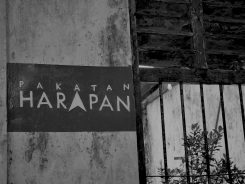 A new series of perspectives on the “Malaysia Baharu” from Malaysian scholars, activists, and policymakers.

Measuring the Depth of the Deep State Theory in Malaysia

The claim that the ‘deep state’ has arisen at the critical juncture of PH’s election also bears scrutiny. Compared to the vast information leaks following Trump’s election (which has resulted in at least two high-profile books about the cacophonous Oval Office), the inner shenanigans of Putrajaya remain relatively obscured.

If a ‘deep state’ is present, it is difficult to imagine that conspiring actors will not capitalise on the newfound media freedom to further undermine a government struggling to deal with a ‘post-truth’ media landscape

Yet, there are more headlines generated by the inner schism of one political party as compared to bellows from the so-called ‘deep state’. The very few collectives representing the civil service, such as Congress of Unions of Employees in the Public and Civil Services (CUEPACS) and The National Union of Teaching Profession (NUTP), are relatively moderate in articulating group interests. Discussions about staff welfare and material benefits rarely venture into the ideological.

The leaks associated with the 1MDB saga, many of which would not be possible without government insiders, also suggests that if there is indeed a ‘deep state’ in Malaysia, its allegiance is not necessarily with the Barisan Nasional either. Stories of individual heroism that surfaced (not unlike those reported in the US) further illustrate how broad-sweeping views of the civil service are untrue, as much as they are unfair.

On the ideological front, Malaysia’s longstanding ethnocratic regime does provide some ammunition to the idea that the civil service serves ideology first before the elected government. And there are reasons to believe that some degree of socialisation has allowed ethno-religious supremacist to entrench itself, given the progressive ethnic homogenisation of the service as well as records of indoctrination programmes (such as the now-defunct National Civics Bureau, BTN).

Yet, even if a significant quarter of the civil service panders to the overarching Malay-Islam supremacist ideology (which is by no means confined to the civil service), it is far from certain that we are seeing a case of ideological homogeneity. At least not one that enables collective political mobilisation. The very fragmented nature of intra-Malay, intra-Islamist politics reflects this.

One must also bear in mind that the vote swing that propelled PH to power did contain its fair share of civil servant votes. Just because there is an overarching ideology, it does not mean convergence in political allegiances will automatically happen.

The fact that a group of prominent, high-ranking former civil servants, the G25, has been acting as a liberal-leaning pressure group also challenges the idea that the service is only occupied by those holding conservative beliefs that do not align with PH’s reform agenda.

Other Motivators of ‘Deep State’ Behaviours

My argument here is not that there are no internal state actors that seek to undermine the current government. That is a realistic possibility for any government, more so for one with dwindling popularity, especially among the majority Malay-Muslim electorate.

Nevertheless, it is equally valid that many of the ‘deep state’ characteristics decried in Malaysia are just the results of individual overzealous officials, institutional (in)capacity, or embedded, unthinking bureaucratic norms.

In Malaysia’s modern, hierarchical, and largely compliant civil service, careerist goals instead of ideological pursuit are more likely to be the motivator of bureaucratic behaviour. No doubt, such goals are informed by institutional culture; but institutional culture, even if underlined by ethnoreligious-centric norms and values, is still a long way from morphing into a conspiring, ideological ‘deep state’.

In some instances, professional ethics will prevail. For example, following the outbreak of the coronavirus, health professionals in the public sector are seen speaking out in social media against the fearmongering and xenophobic rhetoric of the opposition.

Ironically, the efforts that look very much like the ‘deep state’ came most prominently from academia, the field where discussions of institutional autonomy and intellectual objectivity are the most active. This suggests that the former regime may have left its ideological imprint deepest in Malaysia’s higher education (especially so in the humanities and social science) following decades of political domestication.

For example, an unpublished paper by a group of academics was reported to have been instrumental in derailing the government’s plans in ratifying the Rome Statute of the International Criminal Court. Social media postings from an academic, including one that listed 365 failures of the PH government, have also generated heated debates about the ‘deep state’ on one hand, and academic freedom and rigour on the other.

What to Make of Malaysia’s ‘Deep State’ Obsession?

The more intellectually productive way to think about the ‘deep state’ discourse is by engaging with the socio-political context from which it arises. Malaysia’s (as well as the United States’) grapple with the term unfolded within a setting where a political outsider came into power under the promises and expectations of profound change. To put it simply, ‘deep state’ theories embody anxieties of coming changes as well as failures to realise them.

Complicating Malaysia’s situation is its untested governing formula. In stark contrast to the years of the United Malays National Organisation (UMNO)’s hegemony, Malaysia is now governed by a coalition of five parties (inclusive of Sabah Heritage Party, WARISAN), each nominally having equal say. Not only that, the coalition also sits on an uneasy power transition plan with a definite successor but no definitive deadline.

Given the multipartite nature of the cabinet, the civil service is now stretched between parties and politicians that are engaged in considerable politicking. The collateral of politicians conspiring against each other can easily be mistaken as ‘deep state’ manifestations.

The recent resignation of a Minister, for example, contains traces of both intra– and inter-party contentions. The issue, which unfolded around a fracas surrounding the teaching of Jawi, is more convincing if read as politicians mobilising civil servants under their portfolios (and the larger society) instead of being a case of the proverbial tail wagging the dog.

It goes without saying that civil service reform is imperative for Malaysia, but ‘deep state’ theories remain superficial as guiding principles for such projects. Nonetheless, if there is a reason why imaginations of the state as ‘deep’ and ‘conspiratorial’ resonates with Malaysian society, it could be because this is how Malaysians generally feel about the mercurial yet highly consequential power play within the PH government: out of sight (and their control) but not necessarily out of mind.

More on Malaysia at New Mandala 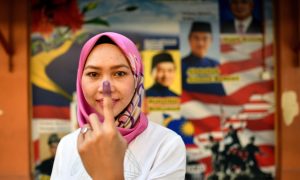 Ann Ang discusses the historical context, origins and identity of the Straits Chinese. 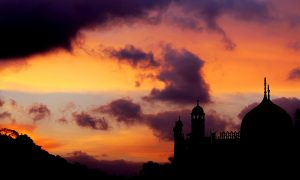