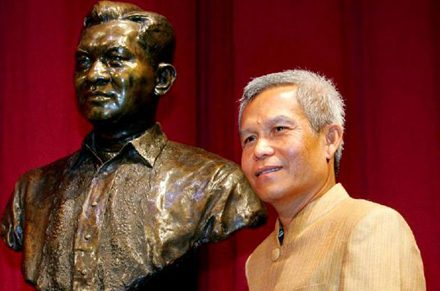 What happened to Sombath Somphone? Earlier this month wife of missing Laotian activist Sombath Somphone, Shui Meng Ng, spoke at the ANU College of Asia and the Pacific about her husband’s disappearance more than a year ago.

Poised and steadfast, Shui Meng recounted the evening of December 15, 2012, when she witnessed her husband’s disappearance at a police check point in Vientiane, the capital of Laos.

“I was in the car in front of him. He was driving his jeep, following me,” she said.

The grainy vision also reveals his jeep being driven away by a man who pulled up on a motorbike, and Somphone getting into a big white truck with flashing lights.

“That is the evidence we have of his abduction,” Shui Meng, a Singaporean national said.

Read more about Somphone’s case and the issue of forced disappearance at the ANU College of Asia and the Pacific website.