An end-of-2018 letter from the editor

The Christmas and New Year holiday is upon us, and New Mandala will accordingly be taking a break from publishing from today until mid-January.

On behalf of all of the editors, I’d like to extend my sincerest thanks to the contributors who gave up their time to write for New Mandala. Thanks to their efforts, we’ve been able to host some outstanding analysis and commentary in 2018, as you’ll see in the list of the year’s most popular articles. 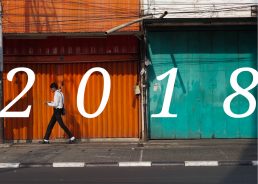 Revisit the 20 most popular articles published at New Mandala this year.

2018 has been year of growth and experimentation for New Mandala. Nicole Curato and Cat Yen came on board to take charge of our Philippines and Thailand sections respectively. We were also pleased to welcome Perspectives on the Past to New Mandala, where they’ve continued their eclectic and enlightening brand of blogging. At the same time we farewelled our Associate Editor, Mish Khan, whose help behind the scenes has been key to keeping the site running smoothly since 2016.

We brought readers revealing interviews with Southeast Asian political actors, including architect-turned-politician Ridwan Kamil in Indonesia, the leader of Thailand’s Future Forward Party, Thanathorn Juangroongruangkit, and civil society leaders like Malaysia’s Ambiga Sreenevasan. You’ll have also noticed the proliferation of New Mandala podcasts and videos, including Nicole’s “Philippines Beyond Clichés” interview series, the “Thailand Unsettled” video series that Cat is co-producing with Prachatai, and my own attempt at a regular Indonesia podcast in audiopelago.

Without a doubt, 2018’s biggest story was Malaysia’s extraordinary general election. Under the editorship of Kean Wong, New Mandala’s GE14 series prioritised analysis from Malaysia-based contributors who had their finger on the pulse of the social and political dynamics behind Barisan Nasional’s loss. Kean is leaving the editorial team at the end of this year, and I’d like to extend my thanks and congratulations to him for a year of great Malaysia reads at the site.

It’ll be another huge year in 2019, at least as far as elections are concerned. Thailand will (probably) finally hold a general election in February, and Filipinos will also vote in the May midterm elections, in the first major electoral test for Dutertismo. New Mandala will also be the place to be during Indonesia’s 2019 campaign: you’ll be able to enjoy reports from our incoming Indonesia Correspondent Fellows, who’ll be roaming around the country during the elections to investigate how democratic politics is interacting with public policy in a number of fields, from the environment to gender to religious politics.

In one of the bolder experiments New Mandala has embraced in its lifetime, we’ll also be playing host to Near West, a blog steered by the ANU South Asia Research Institute, throughout India’s 2019 general elections. Near West will present analysis, stories and news about South Asia in a way that’s accessible and relevant to New Mandala’s Southeast Asia audience.

As usual, throughout all these elections we’ll aim to bring readers more than hot takes, and try to put the emphasis on the deeper social, political and historical currents that influence day-to-day politics.

Needless to say, New Mandala wouldn’t be in business without its readers, and the enthusiasm with which you’ve read, shared, and argued about the site’s offerings throughout the year. I’m always keen to hear more from readers about how we can make this site as useful a resource as it can be for you. Send me an email any time at [email protected] to share your thoughts.

Please have a safe and happy end of year break, and we look forward to bringing you more new perspectives on Southeast Asia in 2019. A letter from the editor

Farewell and good riddance to 2017, and thanks to all New Mandala contributors and readers throughout the year.