Singapore's history is ripe for a "Hamilton"-like musical intervention

The originality, artistry, and box-office success of the hip-hop musical “Hamilton” over the past five years have shaken up the theatre world.  So, too, has the way it has attracted new audiences to the theatre and rendered history more accessible without compromising historical standards.  Southeast Asia may now be ripe for a “Hamilton” of its own, perhaps one set in post-independence Singapore and focusing on Singapore’s Hamilton: Goh Keng Swee.

Early in January 2020 an article in a theatre publication caught my attention:  The Chicago production of Lin-Manuel Miranda’s blockbuster musical “Hamilton” was staged for the last time on January 5 after a run of 171 weeks in the Windy City.  The show was by far the most successful in the rich theater tradition of Chicago, taking in receipts of over $400 million  [https://www.ticketnews.com/2020/01/hamilton-closes-chicago-400-million-run/].

The box-office success of “Hamilton” is Chicago is striking because the original production of the hip- hop musical, which opened in New York early in 2015, was still going great guns there until  theatres were recently  shut because of the COVID-19 crisis. A London production was a smash hit, and plans are afoot to bring the musical to Asia as well.

The success of the play, which won eleven Tony awards in 2015 and the Pulitzer Prize for Drama in 2016  is arguably  the most important story in  theatre circles over the last decade and is undoubtedly the unlikeliest.  After all, who could have anticipated that a hip- hop musical about the Founding Fathers of the U.S. by a young Puerto Rican-American playwright would take the theatre world by storm?  That at a time when the study of history is waning in U.S. curricula at every level, extremely diverse audiences would go gaga over the Founding Fathers?

Ok—an interesting story– but what does “Hamilton’s” great run have to do with Singapore?  A fair question for which I have plausible answer—I think.  A few years ago I wrote an opinion piece for the Singapore Straits Times   about a number of similarities between the difficult situation faced by the Founding Fathers of the U.S. after the American Revolution and that faced by the Founding Fathers of Singapore after independence, especially after the break-up with Malaysia.  In both cases the governments had to come up with viable economic policies, bring about political stability, and reduce social strife, and do these things in short order without many friends while living in dangerous neighborhoods.  Both the US and Singapore did so, dare I say in dramatic fashion, although over time in both countries people increasingly took these accomplishments for granted or lost interest in them entirely.

Here is where a new medium for conveying historical meaning—musical theatre employing the conventions of hip-hop poetry—can help. In so doing it can introduce new audiences and generations to matters of fundamental civic importance.  This is especially the case when a production is based on a sound use of history, as in the case of “Hamilton.”   Beneath its hip-hop surface, its clever lyrics, and high-energy dance routines, “Hamilton” rests on solid scholarship, particularly on historian Ron Chernow’s award-winning 2004 biography of Alexander Hamilton, which Miranda credits with inspiring his play.

Excellent historical work now exists on Singapore in the 1960s and 1970s as well.  In this regard, one thinks immediately of Kevin Tan and Lam Peng Er’s classic Lee’s Lieutenants, a revised edition of which was issued in 2018 by the Straits Times Press.  This work, which comprises biographical studies of the principal figures in the “Old Guard” associated with Lee Kuan Yew, provides material similar to that Miranda drew from in creating “Hamilton.”

Is it time for a “Hamilton-type” production focusing on Singapore’s early days of independence and one or more of its “men in white?”    I say “Hamilton-type” show because some readers may be familiar with   a show called “The LKY Musical,” which was staged in Singapore in 2015 with a score by veteran singer-songwriter Dick Lee [https://www.srt.com.sg/production/the-lky-musical/].  That show—produced just in time for Singapore’s 50th birthday—was popular locally, but overly dramatic, and sentimental, even syrupy at times.  Here, I’m thinking of something edgier, something with more spark and zing—something like “Hamilton,” in other words. 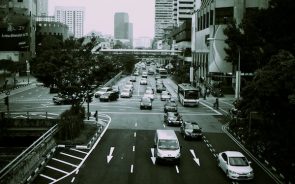 A falsified version of Singaporean history has found resonance among the conservative fringe in Latin America.

And what do I mean by Hamiltonian zing?  To employ the conventions of hip-hop poetry—a genre that increasingly appeals to youth and the youthful all across the globe—zing means the employment of slang and what is sometimes referred to as “virtuoso rhyming.”   It means the heavy use of both assonance and alliteration.  It suggests a kind of swagger that we associate with either the buoyancy or callowness of youth (or perhaps with both!).

The historical Alexander Hamilton was the charismatic leader most responsible for stabilizing the American economy in the early 1790s and for devising the economic strategy that set the new nation down the road to development.   The analogous figure in Singapore was another colorful leader: Goh Keng Swee..  Unfortunately, Goh—like Hamilton a   few years ago in America—is scarcely known by young Singaporeans today.  Hip hop may allow us to do something about that.

As kind of proof of concept let’s use Goh, the “economic architect,” as a stand in for the first Secretary of the Treasury of the United States, and create a brief GKS rap in Hamiltonian hip-hop form.  If and when one buys into hip-hop conventions—as many young Singaporeans do—the idea, however unlikely, arguably works  well. Sample this little hip-hop ditty featuring Goh Keng Swee:

Born in Malacca, but schooled in Singapore

I was jazzed for independence after the war

I had a talent for numbers and public policy

Thus my two stints at the LSE

I admit that while in London I liked to par-ty,

But that didn’t stop me from getting a PhD

And back in Singapore equipped with that degree

I was quick to rejoin my posse in the PAP

Although I worked at first in the field of social welfare

My talent was so great it was evident well beyond there

I was part of “the team” under LKY’s direction

Throughout the ‘60s and really even longer

I helped build the economy and pushed to make it stronger

When we got kicked out of the Malayan Federation

The first thing we needed was an economic foundation

After trying a few things we found the solution

Open markets rather than import substitution

And that wasn’t all we needed, it was plain to see

So we practiced macro prudence and supported property

We still needed more to jumpstart the ‘conomy

So we rolled out the red carpet for foreign MNCs

We stabilized IR and invested in education

All for the sake of our new little nation

We created new institutions and other entities–

For starters, let me mention EDB, DBS, HDB, and JIE

And that’s not all I did for my country, and for the PAP

But to cut to the chase just let me say

That by the mid-80s, when I stepped back from public policy

Singapore was secure and growing rich, the rest is history.”

A bit rough, but hopefully enough to give readers, theatre goers, and interested dramatists/librettists a taste of what I have in mind.  Over the years I’ve seen a number of excellent stage productions in Singapore.  There is a vibrant local hip-hop/rap scene and more than enough local acting/dancing talent. Here, of course, one thinks of groups such as the Wild Rice Theater Company headed by Ivan Heng.  How about something like “Men in White” then?  In recent years some historians have challenged the standard narrative about Singapore’s independence era, so maybe there are other musical possibilities too. Let a thousand flowers bloom and all that.  A “Hamilton”-like production (or productions) would at once introduce important historical figures to new audiences, humanize figures who often seem distant and forbidding to locals of a certain age, and render the past less foreign—and stuffy—by conveying it in accessible, youth-friendly ways.

Let’s have at it!