Why Najib Razak is still in power 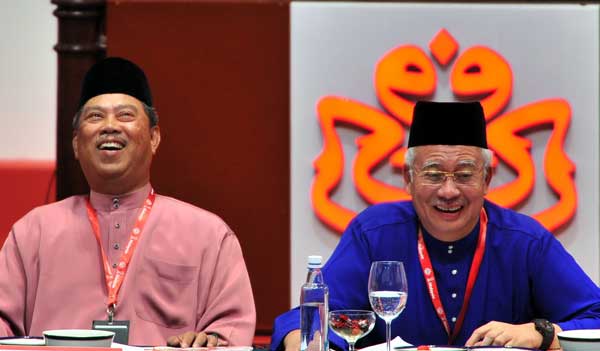 At the centre of the controversy is one key question: how did some 2.6 billion ringgit end up in Prime Minister Najib Razak’s personal bank accounts? It’s yet to be explained. Meanwhile, a report by The Wall Street Journal quoting global investigation sources indicated the amount could be bigger than what has previously been revealed.

But another set of key questions warrant as much attention. How is a politician who is facing a series of serious allegations still in power? Why hasn’t the embattled PM stepped down and allowed due process to proceed? What happened to the democratic safeguards that were supposed to uphold transparency and accountability in Malaysia? And does all this signal a retreat of all hope for democratisation — particularly after the historic 2008 general election when the long-time ruling coalition Barisan Nasional were almost defeated at the polls?

Undeniably, there is a growing sentiment of gloom among many Malaysians with more and more people denouncing their citizenship and leaving the country for greener pastures overseas. The latest official figure shows that in 2015 there was a 23 per cent increase in savings withdrawals due to migration.

This is a sharp contrast to the highly enthusiastic atmosphere before the 2013 general election, when many Malaysians spent thousands of dollars to return home and cast a vote for much-anticipated change.

Despite the disappointing outcome of that highly controversial ballot, many Malaysians still desire change. However, with recent events they are increasingly overwhelmed by a sense of frustration and despair, especially after 2015’s Bersih 4 rally for clean politics. Even 100,000 people peacefully protesting on the nation’s streets was not enough to pressure a scandal-hit prime minister into stepping down.

Ironically, Prime Minister Najib Abdul Razak’s grip on power is now even more solid than before. His dissenting deputy Muhyiddin Yassin was removed from cabinet last year and recently had his party position suspended. The attorney general, Abdul Gani Patail, was also removed — his replacement, Mohamed Apandi Ali, clearing Najib from any misconduct shortly after taking office. The challenge by Najib’s political mentor-turned-critic, former PM Mahathir Mohamad, has so far also been unsuccessful.

The main reason why Najib still remains in power, despite his government’s popularity diving to an all-time low of 23 per cent last October, lies in Malaysia’s flawed political system. Almost all power and resources are concentrated in the hands of the prime minister. These strengths are then abused by politicians like Najib to consolidate their position within UMNO, the main ruling party. This isn’t helped by the fact that many UMNO members rely on government contracts to make a living.

Many democratic institutions, which were established and inherited from the British political system to perform check and balances on executive power, are also in a deplorable state. The judiciary, which is supposed to be independent, is clipped; media is subject to the whims of government for their printing permits; and opposition politicians and activists risk being charged or jailed under draconian laws.

This system was largely established during Mahathir’s period of authoritarian rule from 1981 to 2003. However, in a gross example of the pot calling the kettle black, Mahathir now laments that Najib’s leadership is worse than his and Malaysia is effectively a ‘police state’.

The current vacuum in Malaysia’s political landscape has also left Najib unchallenged. Opposition parties are now at their weakest point. Their main figure, Anwar Ibrahim, is behind bars after the appeal against his conviction for sodomy was dismissed in a controversial court proceeding last year.

Pakatan Rakyat, the opposition alliance formed after the 2008 general election, has ripped itself apart following a dispute between Islamic-based PAS and non-Muslim and the largely Chinese backed DAP over the implementation of Islamic criminal law in one of Malaysia’s northern state controlled by PAS.

But the tide may finally be turning. Despite being political nemeses for decades, Mahathir, opposition politicians and civil society groups recently joined forces, publically calling for the removal of Najib — a scene once unimaginable. Many of the opposition leaders and activists who sat in the press conference announcing the new alliance, including DAP leader Lim Kit Siang, were once the victim of the Mahathir and his administration’s authoritarian rule. Now they are preparing to set aside any lingering grudges to, as they say, “save the country.”

This may lead to a realignment of political forces in Malaysia. It is, however, unclear what Mahathir and his “Save Malaysia” alliance’s next move will be. They have committed to removing Najib through “non-violent and legally permissible” means.

But between Mahathir, his old Barisan Nasional allies and new found friends from the opposition and civil society, still lies very different views on a number of key issues — including the means of struggle to the political arrangement in a post-Najib era. Meanwhile, the government’s spokesperson has warned that any change of government and prime minister other than a general election is unlawful.

Over coming weeks, more political tension is expected, and there is no easy route out for a country which is already facing a pessimistic economic outlook following falls in the oil price and ringgit. Najib has lost the credibility needed to lead the country after the 1MDB scandal and it is impossible to have any meaningful policy debates under his helm.

But in current circumstances, it’s fair to say Malaysian politics finds itself in incredible times – what was once considered impossible, or ‘fairy tale’ has become common place. Just how far the county descends down the ‘rabbit hole’ remains to be seen.