Networked authoritarianism at the edge

The Tatmadaw generals’ digital strategy was a key part of their coup. On Monday, the military government made mobile internet access intermittent. On Wednesday, the government blocked Facebook and its products (including Whatsapp and Instagram) to internet users on Myanmar-based telecoms networks. On Friday, Myanmar-based users could not access Twitter. When in-person protests raged over the weekend in Yangon, users found themselves unable to use the internet at all. The use of digital media to spread propaganda as well as internet shutdowns are now important tools of authoritarian ruling and take-over strategies. These same tools are used for surveillance and new extensions of the state into private lives. From Manila to Hanoi, governments use emerging technologies to instil fear in citizens and close down public spaces of discourse. Southeast Asian authoritarian regimes also increasingly govern through the internet, making social media a new part of civil service and a site of resistance (see Simpeng and Tapsell, 2021 for a regional view).

The year preceding the 2018 election in Cambodia has been widely criticised by human rights advocates as representing a rapid pivot towards authoritarianism after twenty-five years of democratisation efforts. Like in Myanmar, internet penetration rates have soared over the past decade and the dominance of Facebook has given rise to the trope “Facebook is the internet” as citizens often confuse Facebook for the internet in surveys and in interviews. In Cambodia, during the lead-up to 2013 national election, the increased popularity of Facebook compromised the power of the state across the country. Social media likes and lurking were tactics used by historically disenfranchised populations, including the rural and urban poor, to participate in politics and loosen the information control of the ruling party (see Vong & Hok, 2018 and Beban et al., 2019). In response, from 2017 onwards, the government took steps to take back control of information at the national level through the regulation and monitoring of social media including the arrest of people for Facebook posts critical of the government. These changes, along with greater censorship of the traditional media sector, have led the Cambodian Center for Independent Media to call 2017 the year that “Cambodia’s facade of media freedom collapsed.”

With a team of researchers, I conducted a qualitative research study in 2018 that examined how village-level officials in rural Cambodia (who are relatively new internet users) utilize Facebook to supplement and extend long-standing patterns of information control. We found that they used Facebook Newsfeed and Messenger, exclusively on smartphones, to promote local government activities, report to the central government, and monitor local affairs. This monitoring has led to widespread “chilling effects,” a phenomenon that occurs when political activists and citizens stop using the internet for dissent due to intimidation. This social media withdrawal often emerges more from the lingering psychological effects of historical violence than the sophistication of technological tactics.

How can we use this research to better understand the dynamics of networked authoritarianism in Myanmar and across the region? With the caveat that the enactments of media shutdowns are playing out specifically in each country, this research does point to two directions of necessary further research into what is currently happening in Southeast Asian digital governance, including in Myanmar:

Firstly, we need to look outside of urban centres to get a more thorough understanding of digital governing strategies and resistance. We have seen encouraging reports of resistance from Yangon, including widespread VPN use, banging pots and pans on balconies and medical professionals refusing to work. Unfortunately, as we have seen in Cambodia, these strategies of resistance often are contained in central commercial areas and among intellectuals and elites. Rural residents, some of whom are in active war zones in Myanmar, often have more recent experience of violence. They also often have less technical literacy. This makes digital forms of resistance more mystifying and frightening, and thus chilling strategies more effective. 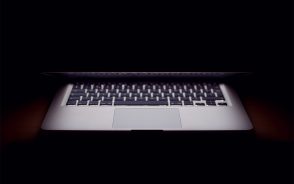 The controversial communications clause being used to silence government critics.

Secondly, we need more research into how a robust regulatory framework in the US could address the ways that authoritarian regimes are co-opting US-based corporate platforms. We also need more research into Southeast Asian-based digital innovations that are more resilient against regime take-over. The contemporary political economy of platforms in Southeast Asia is deeply flawed and needs reform. In both Cambodia and Myanmar, one corporate platform based in the US holds a monopoly over a large majority of all internet business. In Cambodia, Facebook is the backbone for the authoritarian regime. Since the passage of new monitoring laws, average internet users are deprived of a public commons for discursive dialogue on the internet. In Myanmar, the government has just unilaterally closed down access to this corporate platform. As users are stripped of Facebook, they are also losing effective access to the internet. The growing concern with the unchecked power of big tech in the US and the EU has led to regulation in domains like privacy (the California Consumer Privacy Act and General Data Protection Regulation) and antitrust (pending cases against Facebook in the US and against Amazon in the EU). These laws have not yet considered the accountability of major platforms for the safety of global users.

The ways that authoritarian regimes are using digital tools and the internet to promote their own agendas, perform surveillance on marginalized groups, and chill oppositional speech are major challenges for the Southeast Asian region. More research needs to be done that gets past the headlines of resistance to understand the dynamics and consequences for the majority of internet users. The nuance that new research would provide might give Southeast Asian-based based companies or civil society groups more information on how to build safer new tools and infrastructures for accessing the internet. Research and corresponding public scholarship into the detrimental effects of corporate monopolies and surveillance both inside and outside of the US might also sway public opinion towards regulation oriented towards the protection of both domestic and global internet users.

In recent research, my co-authors and I explore the relationship between technology and intimidation and describe the enactment of chilling effects in the paper “Networked Authoritarianism at the Edge: The Digital and Political Transitions of Cambodian Village Officials,” accepted and forthcoming in the journal Computer Supported Cooperative Work (Margaret Jack, Sopheak Chann, Steven Jackson, Nicola Dell). We reflect on these global trends through a historically-informed case study of Cambodia.

More on the internet in Southeast Asia 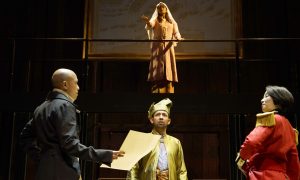 The digital turn in Southeast Asian theatre: new routes through a global pandemic

"We had people who’d never seen theater before experience it for the first time using Zoom.”