Reshaping education and development: Learning from the Yru of Laos

Education is a key priority in global development agendas and its importance among intergovernmental organisations like UNESCO, UNICEF, and WHO is beyond doubt. But  the voices and worldviews of ethnic groups are often neglected in these global policy discourses, and policies rely instead on assumptions that reflect industrialised Western countries histories and contexts. One of those assumptions is the often unquestioned pathway from education to better health as learners acquire more skills, have better access to resources, and earn credentials for social and economic benefits. However, lessons from the Yru in Southern Laos remind us that “everyday cultural heritage” – a marker of cultural knowledge – is a formidable force of both the wellbeing of communities and their complex and often syncretic health-seeking behaviours.

Laos follows the global education policy mindset. In the effort to emerge from its “least developed country” status, the country’s 2015 Education and Sports Sector Development Plan has framed education as a tool to convert the Lao population into,

“good citizens, disciplined, healthy, knowledgeable, highly-skilled with professionalism in order to sustainably develop the country, to align and be compatible with the region and the world.”

One key issue is that structural barriers limit ethnic people’s ability to partake in and shape education in Laos despite government efforts to support ethnic groups. With a population of about 6.9 million, there are 50 official ethnic groups recognised by the government. The majority is ethnic Lao Loum, and their language is the only official language of the country. Other ethnicities have their own distinct cultural backgrounds, may not speak Lao as their mother tongue, and struggle with accessing education and health services.

Further issues compound beneath the surface of access to services. Although research and policy assert wide-ranging positive impacts of education on livelihoods especially in low- and middle-income countries, new studies have documented counter-intuitive and problematic relationships between formal education and people’s health practices – for instance in Lao PDR, Thailand, and China. 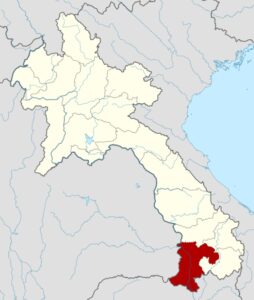 Do we have to challenge (yet again) the role of “education” in global development? To revisit our assumptions, we conducted research in Paksong District in the Southern Lao province of Champassak (see map). Our research takes place in Namtang village (pop. 1114), where the Yru people live in coexistence with the Lao Loum (Tai Lao) ethnic group. The local school in Namtang enables access to primary and secondary education for a majority of villagers and neighbouring communities, and community members indeed value education as a means to advance and improve human behaviour, livelihoods, and development. In the villagers’ perception, education actively links to health-related beliefs and practices, which manifest in easy access to formal healthcare services including a health centre, a private clinic, and a drugstore in Namtang village.

But schooling is not the only influence on health practices and well-being. Other social and cultural factors, such as traditions and family and community relations, continue to shape local health practices. Indeed, the community map below depicts a local Buddhist temple (bottom right corner) as a main destination for healing and for health knowledge for youth as well as senior villagers:

“I used to be a monk. The ways I took care of my health were based on the Buddha’s teaching, meditation, and the Five Precepts of Buddhism.” (Youth Research Participant)

While this is not uncommon, the Yru specifically also maintain an intangible cultural heritage called Reed (“mores” in English). It can be understood as the governing rules of the community, which ban for instance rice milling before 6am or shooting guns in the village, and which require rectifying rituals to restore well-being and to prevent misfortune. The Reed of the Yru culture illustrates the multiple dimensions of health and well-being and complicates the often-assumed link between formal education and healthcare service utilisation. In contrast to health and education policy narratives that emphasise individual responsibility, the Reed is a collective matter that determines the community’s health and wellbeing: If any individual breaks the Reed, it could disrupt normalcy and provoke unusual injuries, death, or loss of community members. To live a healthy life, taking care of oneself is therefore not enough; respect for the social contract established by the Reed needs to be observed as well. Everyday heritage in the form of rituals involving offerings of animals and ceremonial drink reproduces this social contract, making it a collectively produced form of well-being. The Reed is indeed said to be “necessary” for healing as it coexists with and infuses into the mainstream provision of formal healthcare services:

“If we cannot be treated at the hospital, or from the temple, then we correct the Reed.” (Senior Research Participant)

Such social and spiritual dimensions of well-being are often missing in arguments about health, education, and their linkage. To uncover these invisibilities, we use participatory methods that are more capable of capturing community perspectives and broader social and cultural aspects of their life. We started with a series of consultations with different stakeholders, including the health department, health workers, village authorities, health volunteers, and villagers. We then trained a group of research assistants for this project, whom we recruited from the participating villages. As local researchers who shared the lived experiences of the Yru, they were able to reshape our research agenda to better suit the local context. The research assistants then took leading roles as co-facilitators in community consultations. A demonstration of using Lao Hai (a liquor jar) in Peng Reed ritual. In the actual event, a small chicken (sometimes pork small for bigger event) and Lao Hai are the two main offerings that people use to give tribute to the spirits of their parents, or spirits in nature (river, forest, lake). The ritual is led by respected elders in the community have inhabited the role from their ancestors. (Image credit: Sai, Research Assistant in Namtang Village.)

The community consultations again used participatory techniques (role plays, peace circle discussion groups, community mapping) and provided a safe space for community members to share experiences in education and health. A bilingual setup using Yru and Lao language facilitated the understanding of complex concepts, mutual learning, and the co-production of knowledge. Other, art-based techniques like participatory mapping and role-playing helped create a relaxing and enjoyable space for people to freely tell their stories. Compared to conventional research methods (which we used as well, in this and previous projects), the participants could therefore take more control of what kind of information they wanted to present and how they built their narratives.

An important and unanswered question is the extent to which traditions of subsistence farming may still keep families afloat.

Research on the role of culture in promoting health is not new. Our study, however, does not merely regard cultural heritage as an instrument to promote health but focuses on its genuine and core value in shaping health practices and producing community well-being in coexistence and coevolution with so-called modern medicine. In Namtang village, maintaining good health and well-being is not a mere matter of individual responsibility to stay physically healthy, but a collective community process of cultural production. Intangible cultural heritage such as Reed defines the relationship of individuals to their family, community, and spaces (e.g. Neum Reed), which makes it necessary to maintain individual and community well-being.

The voices of ethnic groups help us reflect on and challenge mainstream policy positions: If development policy promotes secular formal education that crowds out traditional customs, are we not likely to undermine cultural practices that indirectly affect physical health, and also directly constitute non-physical dimensions of well-being? Indeed, modernisation paradigms and their quest for “good citizens, disciplined, healthy, knowledgeable, highly-skilled with professionalism” may accidentally threaten multidimensional health despite their good intentions. Heritage-sensitive participatory approaches – and, ultimately, heritage-sensitive development policy – can help safeguard the perspectives and lives that are often marginalised in mainstream discourses. 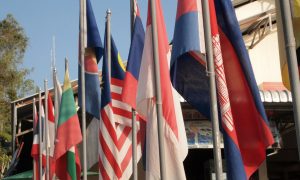 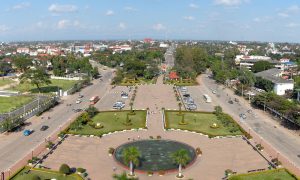 Looking Ahead: Laos in 2020 and beyond

Constraints on freedom of expression have expanded alongside dynamic economic growth in Laos over the past 12 months. Where will it lead?