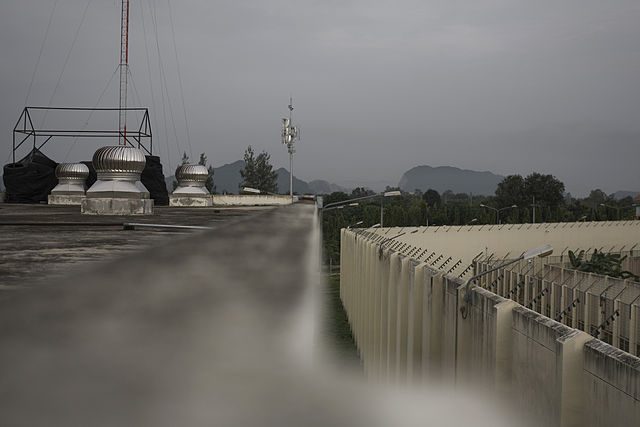 A new wave of COVID-19 is hitting Thailand. Its daily tally has increased from less than 100 in early April to more than 2,000 a month later. The country now surpasses China in total COVID-19 cases. What comes as a shock to many is recent outbreaks in prisons nationwide which saw more than 10 thousand inmates infected.

This prison cluster is not surprising, however. Prison and detention centres in Thailand are notoriously crowded. Available official statistics suggest that prison population has tripled from 2010 to 2021. As of May 2021, the country has roughly 311,000 inmates nationwide, but the normal prison capacity is about 200,000. Several studies suggest that Thailand’s prisons have inadequate access to medical treatment, insufficient food and water, poor sanitation facilities, and severe budget constraints. Even before the COVID-19 pandemic, transmission of HIV/AIDs and other infectious disease such as tuberculosis and measles are common. Therefore, large COVID outbreaks in prisons are only a part of a bigger problem in terms of the state overlooking the welfare of prisoners.

Why are prisons in Thailand overcrowded? As of April 2021, 81% of all inmates are being held for drug-related offenses. From 2018 to 2021, while the number of convicted prisons for drug offences has been more or less the same, the number of those who are pre-trial/unconvicted has increased by 50%. Harsh drug laws are viewed as a major contributor to overcrowding in Thai prisons.

A recent study by the Thailand Institute of Justice cites changes in two legal standards that explain Thailand’s prison overcrowding. In 2002, by amendment of the Narcotics Act B. E. 2522 (1970), the threshold amount for presumption of intent to sell methamphetamine (known in Thai as ya ba) was dramatically reduced from 20 grams to 375 mg. This threshold is relatively low compared to other countries including Australia and Singapore.

Another legal contributor is the Rehabilitation of Drug Addicts Act B.E. 2545 (2002). This Act allows some of those found using or in possession of drugs to receive compulsory treatment instead of prison. The amount of drugs involved must be small in order to qualify for diversion. Those in possession of methamphetamine of more than five units or 500 mg are not eligible for diversion. After a short period of reduction, the number of people incarcerated on drug-related offences has since dramatically increased, from about 100,000 inmates in 2008 to more than 250,000 inmates in 2020. This may be in part due to an increase in the amounts of drug possessed, driven by falling methamphetamine price in East and Southeast Asia.

These reinvigorated drug laws were a part of the “war on drugs” campaign which was officially launched in February 2003 by Prime Minister Thaksin Shinawatra. This “tough on drugs” policy resulted in a large number of extrajudicial killings in a matter of three months. While the prime minister proclaimed victory, this campaign caused many, including the UN Human Rights Committee, to be concerned about violations of human rights . This is not to conclude that such draconian drug laws failed to eradicate drug problems and protect the Thai community; however, the resultant prison overcrowding has a cost to shoulder.

Alarming rhetoric from officials is coinciding with an apparent spike in the use of deadly force by police.

Many organisations (e.g., Thailand Institute for Justice, International Federation for Human Rights, and Human Rights Watch) have long called on Thailand’s Department of Corrections for urgent prison reforms to reduce population congestion. But how can an under-resourced prison system be expected to safely vet prisoners for early release?  Thailand could widen the criteria for early release to include more prisoners, such as those in pretrial detention for nonviolent offences. Of more than 300,000 prisoners currently detained nationwide, about 20% are not convicted; either pending appeal, awaiting trial, or awaiting investigations. They could be released with electronic monitoring (EM) equipment. For the past few months, many countries (i.e., Indonesia, Iran, and Turkey) have temporarily released large numbers of prisoners. In the case of Thailand, since prisoners convicted of offences against drug laws form the largest group of the prison population, minor drug offences should be prioritised.

The benefit of such a program would not just reduce congestion in prisons in the time of the pandemic. Intriguing studies in Argentina, Australia, and France have found that electronic monitoring has a long-lasting effect on recidivism, thereby lowering the possibility of overcrowding in the future.

But reducing the prison population does not seem to be the first option. The Justice Ministry’s current priority is to vaccinate inmates and correctional officers. A sluggish vaccine rollout casts doubt on how the Thai authorities allocate the limited amount of vaccine between vaccinations in prisons and the mass immunisation drive (for adults aged between 18 and 59) to be started in June. Whether it is mandatory for prisoners to get COVID-19 vaccine is yet to be discussed.

Another unanswered question related to general prisoner welfare is how those who have COVID-19 are treated. The current outbreak in prison suggests that measures for COVID-19 prevention implemented by the Corrections Department are ineffective. At the time of writing, it is unclear how many field hospitals are set up for COVID-19 prisoners. More importantly, it is unknown whether these field hospitals have the required medical staff and facilities (beds, ventilators, etc.) because the healthcare sector has already been overwhelmed with increasing COVID infections. Many hospitals are short of beds and even have limited testing capacity.

While international organisations including Human Rights Watch and Amnesty International Thailand have voiced growing concern over recent the prison cluster and called on the Thai authorities to ensure adequate protective measures and healthcare in detention facilities, the Office of the National Human Rights Commission of Thailand is silent. It would be embarrassing if the timely protection of rights among prisoners cannot be upheld because of its lack of authority.

Nobody should be left behind during the pandemic. People deprived of their liberty are already vulnerable to infectious disease, but it gets worse in overcrowded prisons. It is now time for the Thai authorities to make every effort to solve this long overdue issue. 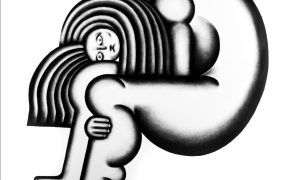 The subjects of the drawings are "always conscious of being different and an outsider, a target of racial vilification, a slave."