The pursuit of communitarianism at the expense of true harmony

Since independence, Singapore’s People’s Action Party (PAP) has selectively followed and strayed from the nation’s colonial roots. While Singapore follows the British Westminster model and common law system, it has not adopted the modern liberal views of its former coloniser in recent decades. A survivalist mentality underpins the government’s persistent efforts to enforce communitarianism as the sole ideology that will yield national stability and prosperity. The nuclear family has become an inseparable component of the state’s version of harmony, and the state has subsequently alienated, reprimanded and suppressed individuals who do not fit within the status quo of heterosexuality.

The 1991 Shared Values White Paper affirmed that citizens had moral duties to serve and contribute to society to ensure its prosperity. By articulating Singapore’s Shared Values as principles that transcended public and private realms, harmony was conflated into a culture of conformity. In particular, the state’s endorsement of the nuclear family alienated those living ‘alternative lifestyles’, such as single parents and LGBTQI+ identifying people. The rhetoric of the government was that if Singaporeans did not live according to such family values, the integrity and stability of society would be threatened.

By virtue of Article 12(2) of the Constitution of the Republic of Singapore, the state is empowered to discriminate against its citizens on grounds other than religion, race, descent and place of birth, such as sexual orientation and gender. Section 377A of the Singapore Penal Code, which criminalises ”gross indecency” between two men, has been the source of passionate protests and debates between members of the LGBTQI+ community and conservatives. By weaponising discourses on public order and bringing proceedings before a deferential judiciary, Parliament has been able to consistently uphold what is seen by many activists as an outdated colonial-era law. To date, there has been no successful repeal of Section 377A despite strong support and advocacy for LGBTQ+ Singaporeans on display each year at Pink Dot SG, an annual non-profit movement that promotes an open, inclusive Singaporean society. This is due to the courts consistently taking a narrow approach to constitutional interpretation and the scope of judicial power.

The Constitution empowers the state to exert significant control over its population to engrain lifestyles and values conducive to communitarianism. This is the result of limited individual protections being granted by Articles 9 and 12. Article 9(1) protects unlawful deprivations of one’s life or liberty. In other words, if a law depriving one’s liberty has been validly passed by Parliament, it will be legitimate and not contravene Article 9(1). Article 12(1) entitles individuals within a given group to be treated equally before the law and Article 12(2) enables the state to differentiate citizens on grounds other than religion, race, descent and place of birth. 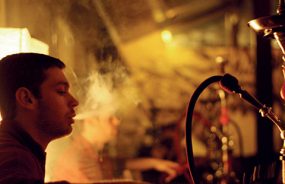 Living in sin in Singapore?

What the ban of shisha says about vice and morality in the island nation.

In 2014, Tan Eng Hong and same-sex couple Lim Meng Suang and Kenneth Chee unsuccessfully challenged the constitutionality of Section 377A in a joint appeal to the Singaporean Court of Appeal. The appellants reflected two distinct groups of homosexual men affected by the legislative provision: Tan was charged under Section 377A for engaging in casual sexual intercourse in a public toilet whereas Lim and Kenneth were a long-term couple who felt that the very existence of Section 377A, whether enforced or not, labelled them as criminals.

The appellants presented two claims arguing that Section 377A was contrary to both Articles 9 and 12. First, it was argued that Section 377A was contrary to natural justice and failed the two-step test for determining a permissible differentiation under Article 12(1). The test requires that a legislative provision has objectively identifiable criteria to differentiate citizens. In this case, men engaged in “gross indecency” was the criteria used in Section 377A. The choice of criteria must then be appropriate to achieving the underlying purpose of the provision. Here, the Government argued that the criteria of “gross indecency” in Section 377A was appropriate as it advanced Parliament’s intention to discourage homosexual relations.

Second, it was argued that pursuant to the right to life and personal liberty in Article 9(1), individuals had a right of personal autonomy to express affection and love towards another person, irrespective of gender.

In response to these two claims, the Court of Appeal narrowly interpreted Articles 9 and 12 to exclude principles of natural justice, the right to privacy and personal autonomy. Article 12(1) was not concerned with the normative agendas of legislation. Rather, Article 12(1) only required legislation that singled out certain citizens to be rational and coherent. By giving Article 12(1) a narrow application, the Court made it clear that it was not appropriate for them to judge Parliamentary objectives. To consider whether Parliament’s intention to discourage homosexual relations was an appropriate objective would result in the Court acting like a ‘mini-legislature’.

As for Article 9(1), the right to life and personal liberty was only guaranteed if a person was arrested and detained under an unconstitutional law. If a person was arrested and detained under a law which had been validly passed, they could not claim a right to personal liberty under Article 9(1). Because the Court was satisfied that Section 377A was consistent with Article 12(1) and therefore lawful, any man charged with engaging in “gross indecency” could not be said to have been unlawfully detained or owed a right to express affection towards any person. The Court of Appeal went further and limited the role of the judiciary to legal arguments as opposed to political or factual questions. This meant that the question of whether homosexuality was an immutable attribute, which the Court held had inconclusive scientific evidence, could not be decided. The Court’s distinction between the legal and political realm limited the judiciary to reactively, rather than proactively, engaging in political debate.

By refusing to act as agents of social change, the judiciary ended up supporting the state’s inclination towards communitarianism and the heterosexual nuclear family. They declared that although changes in social values were possible, the court was not the appropriate forum for such changes to be initiated or discussed. This was the role of the legislature, which was not satisfied that there was sufficient public support for the repeal of Section 377A. Judicial power was narrowed to apolitical legal analysis that played into the hands of Parliament. Although the court adopted a hands-off approach to interpreting Section 377A and the Singaporean Constitution, this neutrality was in fact a political move that endorsed the status quo and perpetuated Parliament’s own views. Though new challenges to Section 377A were brought by three men in 2019 on grounds of scientific evidence and unconstitutionality, these were once again rejected by the High Court of Singapore on very similar grounds.

The state’s desire for national prosperity and the judiciary’s unwillingness to alter the status quo has resulted in communitarianism being pursued at the expense of a full scope of individual liberties. While it is unlikely that Singapore will ever diverge from its communitarian, survivalist mentality, with persistent advocacy outside of the courts and increased social acceptance of LGBTQI+ identifying people, it is possible for the ideal family unit to expand beyond heterosexual norms. After all, non-marital heterosexual relations were once barred by Section 377 of the Singapore Penal Code, which has since been repealed to reflect evolving social values. While the path may be long and narrow, it is not such an insurmountable feat that it should discourage current and future generations from advocating for a more inclusive Singaporean society. The absence of a constitutional right to sexual freedom and privacy must continue to be a source of motivation to challenge the status quo of conformity and LGBTQI+ suppression both within and outside of Parliament. 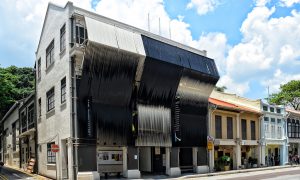 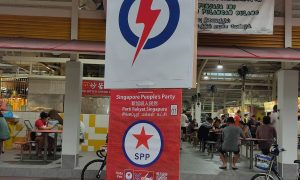 ...A substantial share of the population wants debate...and a shift from the conceit of “apolitical” technocratic management.