In the final 100 days before Malaysia’s 14th General Elections (GE14) must be called, the contest between two coalitions is already well underway, and growing fraught.

The campaigning inside these opposing coalitions of Barisan Nasional (BN) and Pakatan Harapan (PH)—for factional advantage, parliamentary seats and funds—may be as tough as what is projected (sometimes literally) outside, between the coalitions, with informal spoilers like the Islamist party Pas unable to stay above the fray, and assorted BN leaders suggesting violence as a solution.

Inside this apparent maelstrom of remaking Malaysia for its uncertain 21st century is a battle over a politics of moral rectitude, which has grown from the post-1969 urge to rectify racialised inequalities with the New Economic Policy (NEP), to today’s demands for a hegemonic Islamist politics.

It’s been a battle between the BN’s six decades of degenerating “business as usual” praxis that results in the global infamy of the 1MDB saga, and the past two decades of “reformasi” where jailed opposition leader Anwar Ibrahim conjured a non-racialised politics, seeding a new storyline or narrative of good governance that in some ways spoke to the NEP’s original ideals of transcending a racialised political economy.

So the irony of GE14’s contest—between a prime minister’s coalition blamed for corrupting the secular state now seeking Islamist political redemption, and an avowedly reformist opposition front led by the nonagenarian originally responsible for tormenting such reformists—is not lost on Malaysians.

Despite the widespread cynicism over how GE14 is to be won—from the Elections Commission (EC) sanctioning glaringly unequal treatment of electorates to the long-standing complaints of “3M” (money-media-machinery of government) used to deadly effect—there remains some hope for change. There’s hope for some meaningful institutional reform in the unfinished nation crafted in 1963 out of geopolitical dispensations that still linger today.

That wavering hope has been driving so many Malaysian demands for a new narrative or storyline of what the nation should and could be. It’s reflected in the hundreds of thousands who have rallied at Bersih events in Malaysia and abroad, to the almost daily public forums about today’s political, religious and social controversies held all across the country in usually-crowded venues.

Despite the apparent malaise among the professional pundit class that GE14 will be just another “boring” horse race, rigged at the outset, there are deep and abiding changes underway in how Malaysia is run, how it projects itself to the world, and how the nation reconciles its divisions over religion, class, and a tendentious cosmopolitanism linking the Borneo states to the peninsula. Over the next several weeks, New Mandala hopes to share some of these discussions as the GE14 season ramps up, with a range of contributors from academia and beyond.

To that end, New Mandala and the Australian National University (ANU)’s Malaysia Institute recently hosted a forum in Kuala Lumpur that added to the conversation about Malaysia’s quest for a new idea about itself, a narrative about its political economy outgrowing the so-called “middle income trap” and an alleged kakistocracy, and some consensus on how an Islamist politics meets the peninsula’s tradition of hereditary rulers and modern Malaysia’s plural nation-state.

While Prof Gomez was emphatic at the forum about how selling good public policy can inspire winning electoral outcomes, he also explained how the crafting of public policy between five-year election cycles can change politics for the better when it’s not remote but fully engaged with citizens: 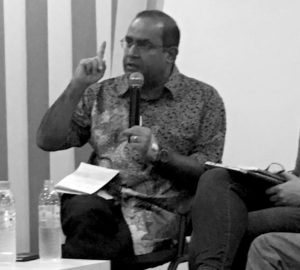 “But here’s the crunch—we do need a new model of development… What we should be asking our politicians and coalitions is: ‘show us your public policies’. What is your big idea? I’m not talking about small public policies on this aspect of taxation, etcetera. I’m talking about the big picture, the new economic model. The new economic policy, a new ‘Vision 2020’. Something major which shows us where you’re going to take us”.

But then there’s the issue of trust. Will the late decision by PH to reprise Dr Mahathir Mohamad as possible prime minister going into GE14 be enough to sway Muslim/Malay voters, leery of the previously Anwar Ibrahim-led coalition that’s now fallen out badly with Pas?

Pollster Ibrahim Suffian found in his data a clear distinction between Malay and non-Malay respondents. Malay voters said they trusted Pas and UMNO more compared to PH on central issues of Malay identity and politics, over and above “managing the economy, reducing the problem of corruption, and protecting the political interests of Malaysia”. There’s again the underlying question of what narratives of nationhood are at play, and those who’re prosecuting these storylines across the campaign trail. 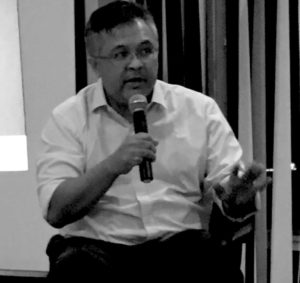 “This is the main takeaway point,” Ibrahim told the forum, “because there’s a lot of rhetoric going on in politics today about how PH is going into an emerging Malay tsunami. But I think this is how people are choosing: Malay voters trust the two principal Malay parties more, non-Malay voters trust the opposition more.”

”But the second aspect is that voters have different levels of trusts in political parties. If the opposition is not able to gain sufficient levels of Malay support, then they won’t go through and this election may result in a very favourable result for the Barisan National [BN].”

From frustration to nostalgia

There’s a “deep frustration” among this new generation of urbanised youth, said Fadiah Nadwa Fikri. It churns up a mix of responses to the political process that ranged from indifference to a nihilism suggested in social media campaigns over #undirosak (or “spoil your vote”). Young voters—that is, under 35 years old—came of age in the Mahathir era of boom, bust and reformasi. Politicised by the outrage over Anwar Ibrahim’s sacking and jailing, this is also a generation confronting the drudgery of urban working class ambitions, diminished by the past 20 years of a listless economy and squeezed in the transition to a services economy. 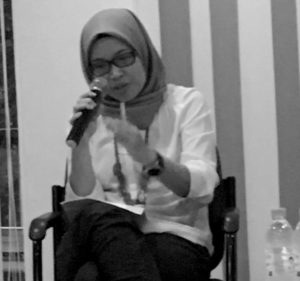 ”It’s a given that we need change, but the problem is, we only have illusions of change,” said Fadiah. ”I think as a voter, a lot of us and particularly the youth, feel like they’re being forced to choose between the lesser evil. Lesser evil-ism is still the premise that is being propagated—that if you don’t do this, if you don’t choose Pakatan then you are responsible for BN, UMNO being in power again. I think something is wrong with our dominant political narrative.”

”When we talk about politics, I think it’s automatic that we only have electoral politics as our choice or as a platform for change. The discussion is very detached from the notion of change and its broad concept. This whole concept on #UndiRosak, there’s a lot of talk about the youth feeling disillusioned, frustrated because their voices are not heard. I would like to know why are they feeling the way they feel?”

”This thing of lesser evil-ism I think is very, very problematic—it somehow kills our imagination. As our country progresses, there are new ideas, there are new changes, things are changing very fast. And if we don’t reflect the changing times, I think we’re going to be stuck in that very moment that we don’t have the answer to.”

Fadiah conceded this disillusionment with the electoral process will play a role in dampening turnout come election day, to the benefit of the incumbents. But engaging with GE14 need not preclude the strengthening of a form politics her group works on developing every day, an urban phenomena reviving a process informed by the pre-war nationalist movement known as KMM (Kesatuan Melayu Muda).

”Electoral politics is not going away. But how do we strengthen people power so we can demand and we can influence how they behave, the kind of country that we want, and the kind of change that we aspire to achieve?

”It’s important because people keep saying if BN or UMNO wins the next election, we are doomed. I think that is a very, very dangerous position to take because it somehow incapacitates our ability to continue in the struggle. No one in their right mind would say that the struggle is a one-time event. It’s constant.” 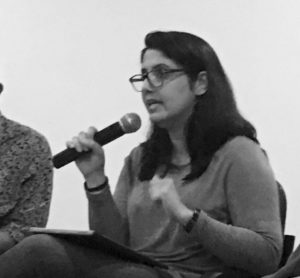 It’s this reimagining of narratives that lie at the heart of the campaigns of GE14, said Dr Amrita Malhi at the forum. It’s a process of building the trust that Ibrahim Suffian said his recent polling found to be lacking, in different ways for different communities across the peninsula. Dr Malhi said both BN and PH strategists are framing the GE14 contest as a race to secure the new middle-class legacy of the 1990s, when the majority Muslim-Malays emerged with its urban middle classes, when Malaysia was a byword across the ummah for a nation developed equitably.

”This time, I’d argue that again there’s an even greater level of nostalgia, and an even more explicit ramping up of the nostalgia level in producing a new narrative of where the nation is going to go,” Dr Malhi said. ”And this time, it’s moved forward…they’ve moved the glory days to the 1990s. And it’s exactly the time before the economic crisis. And I’ve heard this put to me very explicitly by opposition strategy people: to talk about 1993–1996 in particular, the glory days of the Mahathir–Anwar team, before the struggles from 1997 and the financial crisis in 1998 began, and before this polity began fracturing and going in every single direction from 2008. Now this, I hear being referred to in PKR circles for example as a superb time, Malaysia at its peak.

”As the campaign heats up, I think the line is going be: let’s go back to this period in terms of the good times, the ’easy inter-ethnic interactions’. Notice the ’easy inter-ethnic interactions’ is moving forward by a decade each time. Doesn’t matter: sometime in the past it was easy. That’s the main point. But, with the proviso as well there has to be institutional reform to ensure that the original dream team can finish only their good work and now their bad work.”

Forks in the road

As the rest of March unfolds, with the Malaysian Parliament expected to pass controversial new electoral redelineation maps that allegedly skews against the opposition—and the prime minister poised to dissolve Parliament and call the elections soon afterwards—we hope to tackle some of the key themes arising from the GE14 season.

These themes include Islamist politics and the secular legacy of the Constitution, the federal–state divide over governance and political allegiances, Sabah and Sarawak autonomy and relooking at the 1963 agreement that made Malaysia possible, the electoral remapping and the national reality, how China works with a Malaysia diminished by global scandal, and how the economy needs desperate transformation if it’s to meet the needs of its citizens, never mind the ideals of Najib’s Transformasi Nasional 2050 or Mahathir’s Vision 2020. In the febrile GE14 season, these are among the implications facing a nation on the brink of fundamental change. The experienced journalist and editor joins the New Mandala team as Contributing Editor to oversee our coverage of Malaysia's upcoming general election. 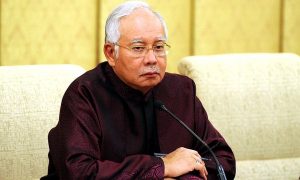 The case for why Malaysia’s next election is winnable for Pakatan Harapan.