Gentle reminder – thou shall not think 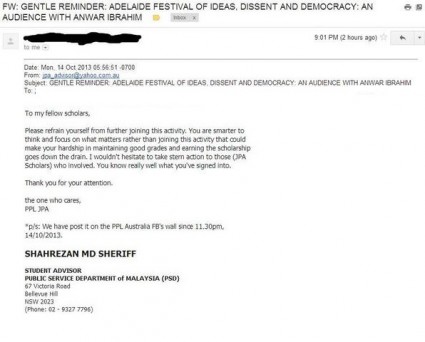 A public service announcement on behalf of the Government of Malaysia.

He notes, in the Government of Malaysia English, that attending this talk:

…could make your hardship in maintaining good grades and earning the scholarship goes down the drain. I wouldn’t hesitate to take stern action to those (JPA scholars) involved. You know really well what you’ve signed into.