A History of Ayutthaya: Siam in the Early Modern World 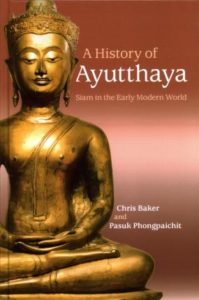 The dramatic fall and destruction of Ayutthaya at the hands of the Burmese in 1767 has been the subject of films, television shows, songs and books for popular audiences and classrooms, many of them aimed at stoking nationalist sentiment among the citizens of contemporary Thailand and Myanmar by invoking a sense of historical animosity and vengefulness. But what was Ayutthaya before its downfall? How did it become so successful, and if it was such a success, why did it collapse so quickly when confronted by enemies.  In A History of Ayutthaya: Siam in the Early Modern World (Cambridge University Press, 2017) long-time collaborators Chris Baker and Pasuk Phongpaichit answer these questions and many more. Along the way, they offer a new thesis on the economy and society of Ayutthaya that departs from an established view of it as peasant-based. Baker joins New Books in Southeast Asian Studies to discuss this thesis, to talk about the city’s commercial and political relations not only with its close neighbours but also with China, Japan, Persia and Europe; the part that Buddhism played in its politics and social life, and to reflect on the uses and challenges presented to scholars of the period by sources both official and literary.

Of Beggars and Buddhas: The Politics of Humor in the Vessantara Jataka in Thailand 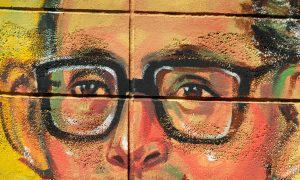