Roads in the eastern Shan State

Prompted by the question from long-time contributor Roger Casas I thought I should put up some pictures of roads in the eastern Shan State. These shots are all, unfortunately, a bit dated (they were taken between 2002 and 2005) but should give readers a bit more of a feel for road infrastructure in the wedge of Shan territory between Thailand and China. 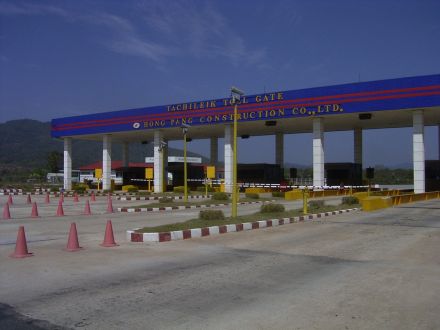 – This is the Hong Pang Construction toll gate just outside Tachilek, and only a few kilometres from the Thailand-Burma border. A few years back the toll at this gate was, as I recall, 1000 kyat (slightly more than a dollar at the time). Along the road there were another five or so toll gates collecting money for their section of the road. Note that the Hong Pang family of businesses are part of the commercial operation aligned with the United Wa State Army. They did particularly well while General Khin Nyunt was still influential in Burmese government decision-making. More information on their activities can be found here and here. 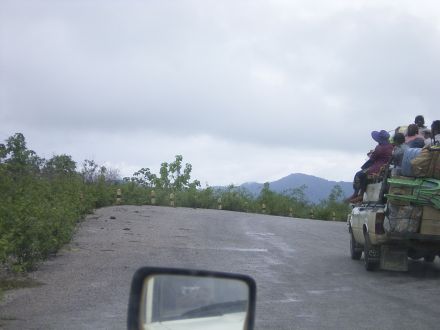 – A standard scene on the Hong Pang-built road between Tachilek and Keng Tung. – Good times on the back of a truck.

– A Burmese government checkpoint on the road between Keng Tung and Mong La (which is right on the Chinese border). – A Chinese tourist having a picture taken with the boundary marker on the Sino-Burmese frontier. – A sign welcoming Chinese tourists crossing the border to the eastern Shan State. 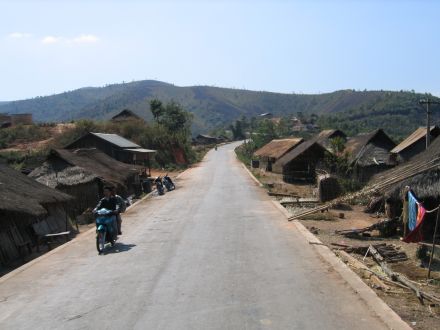 – An Akha village in the hills of the eastern Shan State that had been cut in half by the improved road between Mong La and Keng Tung. 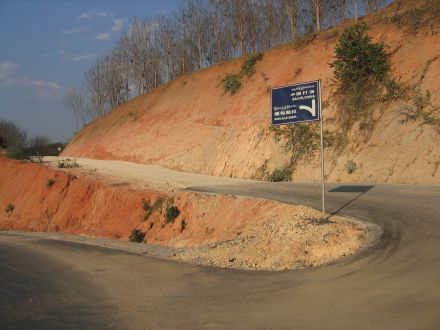 – The sign in the hills outside Mong La pointing towards Daluo in southern Yunnan. 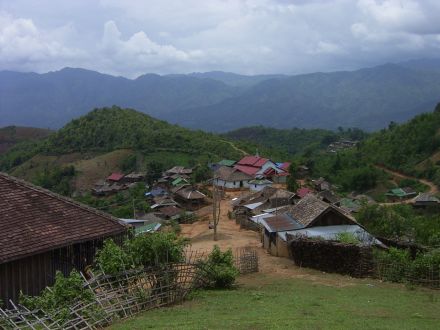 – A village with no good road access high in the hills outside Keng Tung. The very basic road to this place generally limits motorised traffic to motorbikes, especially in the wet season (which had just begun when this picture was taken).