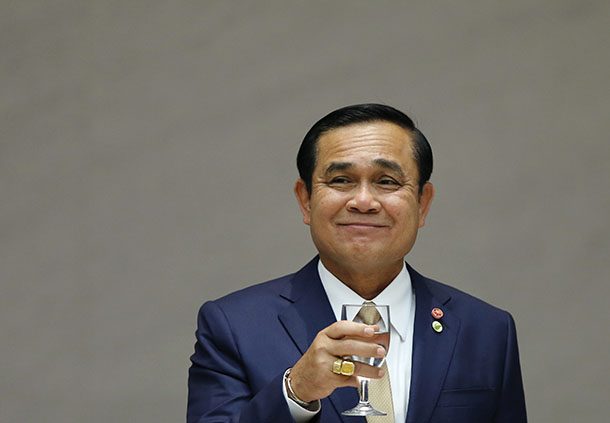 Now that the reign of Rama IX, Bhumibol Adulyadej, is over, Mish Khan looks at the key personalities that will feature in the nation at a time of succession. Here’s her Rama X ten. Crown Prince Vajiralongkorn
Maha Vajiralongkorn is the 64-year-old crown prince of Thailand, notorious for his peculiar and lavish playboy antics. Although he has been appointed successor to the throne, Vajiralongkorn has delayed taking up the role, requesting an indefinite period of time to mourn. It is widely stated that Vajiralongkorn is highly unpopular among both the Thai elite and ordinary people. Princess Sirindhorn
Princess Maha Sirindhorn, 61, is the second daughter of King Bhumibol. Affectionarly known among Thais as “Angel Princess”, Sirindhorn holds much more respect and popularity among citizens than her brother. There has long been speculation that the Crown Prince’s succession process could involve some degree of resistance by Sirindhorn supporters. Queen Sirikit
The Queen dowager of Thailand and the mother of Crown Prince Vajiralongkorn, Queen Sirikit has refrained from public appearance ever since she experienced a stroke in July 2012, and has since been plagued by ailing health. General Prayuth
Junta figure Prayuth Chan-ocha is the head of the National Council for Peace and Order and currently serves as the Prime Minister of Thailand. Prayuth seized power in May 2014 after staging a coup against Yingluck Shinawatra’s caretaker government. Prayuth has long relied on the monarchy as a tool for political legitimacy — many speculate the unpopularity of the Crown Prince is a major source of concern for Prayuth. Thaksin Shinawatra
Thaksin is a former prime minister of Thailand, serving from 2001-2006, and the first to lead an elected government to a full term in office. He has been living in self-exile for 10 years, facing a possible two years’ imprisonment should he return. A divisive figure who was enormously popular among the poor, he was eventually ousted by a military coup after accusations of corruption. It is widely believed Thaksin has friendly relations with Vajiralongkorn, raising the question of what could happen with a change in royal leadership. Yingluck Shinawatra
Thailand’s first female Prime Minister and Thaksin’s sister, Yingluck was elected into office in July 2011 but was forced to step down just three years later in May 2014, after the Constitutional Court found her guilty of corruption. A military-controlled legislative assembly successfully impeached Yingluck over a controversial rice subsidy scheme, resulting in criminal charges and a five-year ban from politics. Prawit Wongsuwan
Thailand’s Deputy Prime Minister, Minister of Defence, and the Deputy chairman of the National Council for Peace and Order, Prawit is widely considered to be the architect behind the 2014 coup. Prawit is known for his role as mentor of a military clique called the “Eastern Tigers”, a group that includes figures like Prayuth Chan-ocha. Abhisit Vejjajiva
Abhisit was the 27th prime minister of Thailand from 2008-2011 and is the current leader of the Democrat Party. His government faced two major protests in 2009 and 2010, which led to brutal military crackdowns that saw many left dead. What do New Mandala readers think? Who will have the greatest influence over Thailand’s succession and why? Leave your thoughts in the comments.

Mish Khan is a third-year Asian studies/law student at the Australian National University, and associate editor of New Mandala.