Better governance in a better parliament

Strengthening the Parliament and making the budget process more transparent are two promises made by the new Pakatan Harapan (PH) government in the run up to Malaysia’s 14th general election (GE14) in May. The former is listed in the manifesto as Promise 16, while the latter is Promise 29. Both reforms are interrelated and complementary to each other in ensuring a robust check-and-balance against the executive branch, which had been very dominant under the former Barisan Nasional (BN) government.

Recently, the new Speaker of the Dewan Rakyat (lower house of parliament) and former senior judge Mohamad Ariff Mohd Yusof led a parliamentary delegation to Canberra to visit the Australian Parliament. By drawing from Australia’s experience in this area, the Malaysian Parliament can be strengthened through budget transparency reforms.

Parliaments play a key role in the budget process in many countries including Malaysia, with powers to approve or reject government budgets and oversee their implementation and outcomes. A robust parliament is essential in creating a robust budget process.

All government policies inevitably require some public resources for planning and implementation, and the budget process is an important medium for the parliament to scrutinise policy decisions made by the executive branch and hold them accountable. It’s not unusual in Malaysia for opposition parliamentarians to use the budget debate to argue for a pay cut over ministers’ policy failures.

The Malaysian Parliament had been criticised as a rubber stamp for the executive branch in the previous government. While there are no global indicators on national legislative strength, indices on democracy can serve as a rough proxy, given that parliaments are central institutions in democracies. In the Economist Intelligence Unit’s Democracy Index, Malaysia is a ‘flawed democracy’, which despite holding regular elections, has significant weaknesses in its democracy. BN (and its predecessor the Alliance) held a two-thirds majority in Malaysia’s Parliament for most of its rule since independence (except the last two terms), and it was rare for government bills to be amended nevermind defeated.

In terms of budget transparency, Malaysia is also in a sorry state. According to the latest Open Budget Survey 2017, the Malaysian public has only limited access to budget information and the country ranked 54 out of 113 countries, with a score of 46 out of 100. Although the Survey did not ask specifically about the information accessible by parliamentarians, it was likely no better than the public they represent. In Southeast Asia, Malaysia is trailing behind the Philippines (67 points), Indonesia (64 points), and Thailand (56 points), and only ahead of Cambodia (20 points), Vietnam (15 points) and Myanmar (7 points). Singapore, Brunei and Laos did not participate in the Survey.

Malaysia’s performance in two other pillars of budget accountability is likewise bad: the country received a score of 22 out 100 in public participation, and a score of 35 in institutional oversight. In particular, the Survey finds parliament providing weak oversight throughout the budget process. There is no pre-budget debate in parliament and there are also no parliamentary committees to examine budget proposals. Malaysia also does not have an independent fiscal institution like Australia’s Parliamentary Budget Office (PBO), which is increasingly recognised as an important source of independent and nonpartisan information in the budget process.

With PH taking power in GE14, many have seen this as an opportunity for remaking Malaysia, with reforming parliament frequently at the top of the agenda. While the issue of budget transparency isn’t prominently on the radar, we should appreciate its linkages with parliamentary reforms and promote it as an integral part of the movement to strengthen the Parliament.

Two particular reform directions stand out from the discussion above: more information should be made available, and the Parliament has to beef up its oversight capabilities. In this respect, there are things that Malaysia can learn from the Australian budget process. Both countries share the same institutional roots in the British Westminster system, but Australia is far ahead in terms of budget transparency. In the Open Budget Survey 2017, it ranked 12 and received a score of 72. Australia also has a vibrant budget oversight institutional setting, particularly the Senate Estimates, which examine the annual budget in detail.

Australia has been a pioneer in pursuing budget transparency reforms since the 1990s. There are two pillars of budget transparency in its modern budget process: the Charter of Budget Honesty and the PBO. Both level the information playing field between the executive branch and the Parliament.

Enacted in 1998 to improve fiscal policy outcomes, the Charter of Budget Honesty has been crucial in making more budget information is accessible by the public, and also parliamentarians who represent them. The Charter requires a number of documents to be published for ‘facilitating public scrutiny of fiscal policy and performance’. For example, the government js required to produce a Mid-Year Economic and Fiscal Outlook (MYEFO) report, which provides an update to the annual budget halfway through the year, and reports any events or changes that may affect the budget’s trajectory. The government must also produce an Intergenerational Report every five years, which provides a long-term aspect to budget forecasting. Such documents are currently not available in Malaysia, thus limiting the information base its parliament can use in scrutinising the executive branch.

On the other hand, the PBO, established in 2012, plays an important role in breaking the government’s monopoly on having access to advice on the financial implications of proposed policies. The establishment of this institution allows parliamentarians to build their own policy proposals with proper costing, using the same rules and conventions as the government’s, thus allowing deliberations on a same footing. The PBO has proven to be a great resource for opposition parliamentarians. For example, in 2016-17, over 1,600 policy costings were prepared. This has contributed to improving the vibrancy of Australian parliamentary debate, with backbenchers and opposition parliamentarians in a better position to carve out more solid policy alternatives to the government.

In Malaysia, this policy costing service is available only to the government. The lack of proper costings of policy proposals have been an excuse used by past governments to dismiss the opposition’s policy proposals without addressing their merits. Even the new Pakatan Harapan government has used this as a reason to justify their failure of delivering some of the election pledges. An independent fiscal institution like the PBO would rectify the problem.

The Senate Estimates process is another key feature of Australian budget scrutiny, which should be relevant to Malaysia. Established in 1970 to replace the ‘committee of the whole’ process, Senate Estimates have since become an annual ritual of the budget process, where ministers and officials are called to attend public hearings to assist Senate standing committees in considering departmental budgets. The Estimates enquiries are conducted twice a year, the first when the main supply bills are introduced into parliament, and the second when additional supply bills are tabled. They allow Senate standing committees to consider departments’ spending in a detailed manner, which would otherwise be cumbersome for the Senate to address as the committee of the whole. 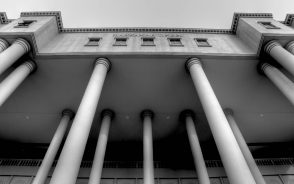 The new government can and should take the opportunity to rehabilitate Malaysia’s battered legal institutions.

While the purpose of the Estimates process is to help the Senate make informed decisions about the budget, its importance goes beyond that. Given that the Estimates are conducted in the form of public hearings, and officials, instead of just ministers, can be called to testify, they provide senators an unparalleled opportunity to seek information on the operations of government. They are also part of the parliamentary scrutiny of the performance of the executive branch, as ministers and officials are required to explain not only what had happened, but also why. This is where accountability is most directly manifested.

In its GE14 manifesto, Pakatan Harapan pledged that parliamentary select committees will be established to monitor every ministry, with the power to call ministers and senior officials to testify. As illustrated by the Australian experience, the budget process serves as a good medium for these committees to hold the executive branch accountable for its policies, given that their funding is in play. And this is part of the recommendations by the Open Budget Survey 2017 Malaysia country report, in which it urges Malaysia to prioritise the establishment of parliamentary select committees that can examine the annual Budget.

The Malaysian Budget is where taxing and spending decisions are made, and parliament plays a central role in the process. By improving the budget process, parliament is also strengthened, and vice-versa. Will current levels of caution on Bumiputera policies persist, or will the new government seize the opportunity to reform? Will it remain fearful of being accused of sidelining Malays, or will it make Malays more capable and competitive?