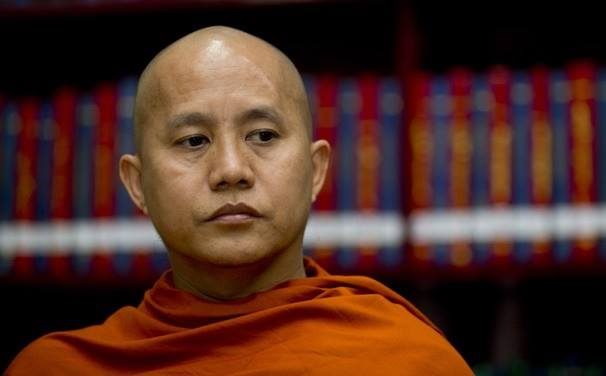 Myanmar’s controversial Buddhist nationalist group Ma Ba Tha is in decline, and the government should capitalise on its vulnerability, Thulasi Wigneswaran writes.

It seems no place is free from religious extremism in this day and age, and Myanmar is no exception. But the controversial Buddhist nationalist group Ma Ba Tha, whose leader was once named “the face of Buddhist terror” looks to be a declining power in the country. After two years of building and advocating their anti-Muslim platform, events over the past few months have seen the habitually brazen nature of the ultranationalist Buddhist movement slow to an unusual quiet. Their one-time ability to influence the political elite has weakened, making them vulnerable to further disruption. The National League for Democracy (NLD) Government should move now to capitalise on this vulnerability to curb any signs of resurgence of the movement. But in doing so, it should not underestimate Ma Ba Tha’s ability to capitalise on recent renewed tensions in Rakhine State to reproduce its anti-Muslim platform.

Ma Ba Tha—otherwise known as the Patriotic Association of Myanmar—rose out of the now defunct 969 group whose origins can be traced back to the 1990s. Since gaining traction in 2014, Ma Ba Tha’s repertoire of anti-Muslim platform activities have included rallies, protests, and advocating discriminatory laws ‘defending race and religion’. The group has maintained messages of hatred and incited violence against the ethnic Muslim and other religious minority groups in Myanmar. This has resulted in mosques being burned down and exacerbated community violence. Their firebrand leader U Wirathu has been the source of repeated controversy, including calling a UN Special Rapporteur a “bitch” and a “’whore”.

Ma Ba Tha’s campaign may be fundamentally flawed, but it has been successful in producing a climate of fear among the population as well as the political elite of Myanmar. Its influence is so strong that the package of four discriminatory race and religion bills the group advocated for were passed last year under former President U Thein Sein’s watch.

These laws discriminate against ethnic and religious minorities and women. The Religious Conversion Law demands approval from the State as part of an onerous procedure prior to changing religion. The Population Control Health-Care Law regulates women’s birthing rights relating to numbers and spacing, including a requirement that women have children at least three years apart. The Buddhist Women’s Special Marriage Law prohibits Buddhist women from marrying non-Buddhist men. Lastly, the Monogamy Bill restricts polygamy, cohabitation and extra martial affairs. The laws are inconsistent with Myanmar’s obligations under international law: CEDAW (Article 9), CRC (Article 7), and UDHR (Article 15).

The current government has endured a tumultuous relationship with Ma Ba Tha, especially during last year’s election. But the beginning of Ma Ba Tha’s end started in July this year when Yangon Chief Minister Phyo Min Thein said, “We don’t need Ma Ba Tha”, referring to the fact that the government had already appointed a Buddhist clerical council—the State Sangha Maha Nayaka Committee. That signalled newfound confidence on the government’s part, given the history of backlash received by politicians after denouncing the group. This was subsequently complemented by the State Sangha Maha Nayaka Committee statement that Ma Ba Tha is not recognised as an organisation within Sangha.

At first, Ma Ba Tha responded in its usual defensive tone, demanding the NLD government punish Phyo Min Thein for his statement—warning protests would take place if not. But in an unusual response, a NLD Government spokesperson said they would not take Ma Ba Tha’s demand seriously. Curiously Ma Ba Tha subsequently urged its followers not to stage the planned protests.

In the same month, a charity group filed a defamation lawsuit against Wirathu after the NLD Government announced it will take action against hate speech. And in what seemed to be a case of bad timing, the groups’ legitimacy was severely undermined that same month when the delayed release of religious census data revealed a drop in Myanmar’s Muslim population, contrary to the basis of their campaign—that Myanmar was being ‘overrun by Muslims’.

So while it seems the group’s power is waning, there are still a few things to keep in mind. Firstly, Ma Ba Tha should not be underestimated in its ability to capitalise on renewed tensions between the Muslim and Buddhist communities in Rakhine State, by using the opportunity to publicly reaffirm it’s commitment to the protection of ‘Buddhism’. Secondly, the impending Trump presidency has seen the rising endorsement of anti-Muslim platforms that will seek backing on an international scale. With groups like Bodhu Bala Sena in Sri Lanka who have aligned themselves to Ma Ba Tha; the rise of other movements in the region could create a ripple effect causing instability in the region. Unsurprisingly, Ma Ba Tha is already gaining traction in its recent decision to align itself to ‘Trump values’. Additionally, even if Ma Ba Tha faces an eventual decline, there is always a chance of a successor movement.

The NLD Government are now in a good position to be able to capitalise on the falling threat of Ma Ba Tha and repeal the package of four discriminatory laws – laws which will serve as Ma Ba Tha’s legacy if they are not overridden. The move will also push Myanmar closer to a reconciliation process inclusive of minority groups. The NLD needs to carefully manage this declining threat of religious extremism.

Thulasi Wigneswaran is an Australian national who holds a Masters in Human Rights Law and Policy from the University of New South Wales. She has worked with think tanks, NGOs and international organisations in the area of human rights and migration policy