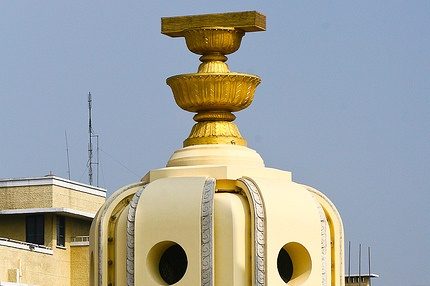 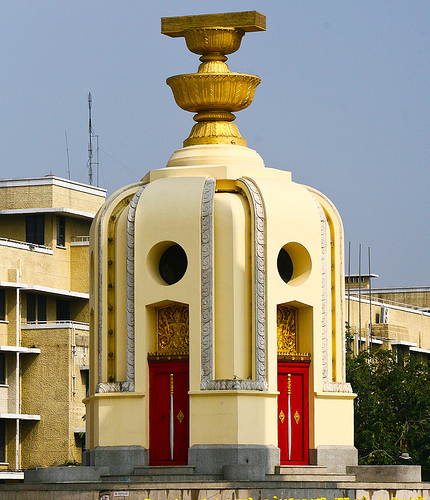 A constitution is a blank platform to be filled by political, economic, and social ideologies. Then it becomes alive, turning into the guiding star under which the whole nation sails. So, despite a blanket amnesty and permission for human rights suppression, what did the drafter insert into the Interim Charter of Thailand?

Oligarchy is obvious. The Charter is built upon distrust of the layperson’s intellect. The National Assembly and the National Reform Committee are to be handpicked by the National Council of Peace and Order (NCPO). A member must be an expert in public, private, civic, academic, or other sectors. This model limits membership to only a small band of closely-connected top bureaucrats, businessmen, scholars, and a few other public figures. It reflects the belief that men are not all equal and only an intellectual should rule, a point often campaigned on by the People’s Democratic Reform Council, the anti-Thaksin movement.

The Charter shows moral absolutism. Any person convicted of corruption or election fraud is ineligible for a position in the Charter. A new constitution of Thailand must create a corruption-free state and permanently ban corruptors from politics. It simply equates politicians to evil. As a result, any individual who has been a member of a political party for up to three years prior to the Charter’s enactment is excluded from the reform process. Sadly, the junta might not realize that their oligarch peers can be as tainted as politicians, only that they have not been prosecuted.

Another strain that can be observed is conservatism. The drafter mandated that the new constitution must be “democratic, yet compatible with the Thai context”. It follows the notion that Western democracy is invasive and can never fit in with Asian values. A famous constitutional law scholar, Borwornsak Uwanno, insisted that we need not follow the Western path. But such constitutional innovation is puzzling and ambiguous. What does Thai context mean? Are we to build a hypocritical, moral surrealist, ultra nationalist, strictly hierarchical version of democracy? Possibly the drafters might imagine a peaceful harmonious agrarian society. Sadly we are not. The innovative vocabulary allows the new constitution to contain undemocratic features under the claim of Thainess.

Perhaps oligarchy is understandable because the Charter is meant to be temporary. Sometimes we should not rely on the majority’s wisdom as it can go awfully wrong. Perhaps moral absolutism is needed because Thailand has long been plagued with corruption. Perhaps conservatism is justified. Although controversial, liberal democracy might not be the Asian path to prosperity. Perhaps the gravest disappointment in the Interim Charter is not what is present, but what is absent. Visanu Krue-Ngam, the key drafter, defended the necessity of providing the NCPO with absolute power so that it can successfully carry out the reform mission. We shall not waste this coup d’état, claimed Visanu.

But while the Charter equips the junta with a draconian tool, it does not provide any guidance. True it is that the Charter orders a reform to eradicate corruption, address economic and social inequality, and encourage fair law enforcement. But they are so abstract. This is the same rhetoric we had written in the 1997 and 2007 constitutions and campaigned on by politicians in every general election. Many critics had expected a breakthrough such as a fairer tax reform, a land reform scheme, a welfare state, or environmental justice. These are the dreams that elected civilian governments have had no guts to do because it would harm their financial supporters’ interests.

With such shallowness in the Interim Charter, only one question remains: why did it take two months to write an empty text?